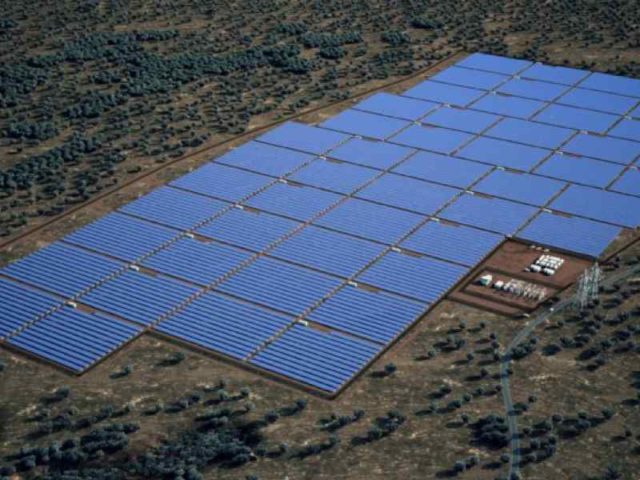 
The 40 MWac Khoumagueli solar IPP project in Guinea marked an important milestone with the signing of a 25-year power purchase agreement (PPA) between InfraCo Africa and Electricité de Guinée (EDG).

A concession agreement for the project was signed in February 2019.

The Khoumagueli solar project will be the first grid-connected photovoltaic solar power plant in Guinea. The project is designed to complement power generation at the nearby 75 MW Garafiri hydropower plant. The facilities will combine to maximize the supply of renewable energy to the national grid, with Khoumagueli Solar expected to mitigate the impact of fluctuations in rainfall on Garafiri hydropower production.

Did you read?
Lightsource BP announces a 900 million euro solar investment in Portugal
Achieve a balance between hydropower and nature conservation

“The signing of the PPA is a key milestone for the Khoumagueli solar project, which will provide reliable and affordable energy to households and businesses in Guinea. In these uncertain times, it is admirable that the teams involved have continued their work to achieve the signing of this important agreement, ”said Gilles Vaes, Managing Director of InfraCo Africa. “The signing demonstrates the continued commitment of EDG and the Guinean government to develop the country’s clean energy sector.”

The project is being developed by InfraCo Africa – which is part of the Private Infrastructure Development Group (PIDG) – and Solveo Energie, a subsidiary of Solvéo Company, with the support of Aldwych Africa Developments.

A special purpose vehicle (SPV) named Khoumaguéli Solar SA was created under Guinean law, for the purpose of developing and building the power plant.

“The Khoumagueli Solar project contributes to the energy transition on the African continent. It combines photovoltaic solar energy with hydroelectricity produced in Guinea, reduces thermal energy needs and reduces the cost of electricity, ”said Jean-Marc Mateos, president of the Solveo group.

EPC procurement is at an advanced stage and initial discussions with lenders have started.

Guinea has a national electrification rate of 35.4%. Guinea’s electricity supply comes largely from hydropower, which can be sensitive to seasonal fluctuations in rainfall: 84% of companies report power outages resulting in financial losses equivalent to around 4.7% of sales annuals.

Demand for electricity is expected to increase sharply due to an expected expansion of the country’s mining industry and economic growth. The Guinean government has therefore prioritized the development of the energy sector within the framework of the national development plan of the country’s Economic and Social Council. The government specifically seeks to harness Guinea’s solar energy potential to diversify the country’s energy mix and increase the availability and reliability of energy.

How negotiable certificates of deposit are traded in the money market